Operated by NEDOCS, LLC A California LLC, based in Los Angeles.

The National Emergency Department Overcrowding Score (NEDOCS) is the standard measure of patient volume and throughput in hospitals. This metric is critical to improving patient flow and operating efficiency.

NEDOCS is a tracking and communication tool for this metric and related surge management. Hospitals use it to preemptively manage emergency department operations, communicate emergencies, and coordinate actions.

NEDOCS collects these data from subscribing hospitals who track NEDOCS. Since 2010 NEDOCS has been maintaining a repository which now includes nearly 1 million scores from over 2000 hospitals globally. Hospitals track scores on a periodic basis. Data are entered manually, or through an automated process.

NEDOCS makes available benchmark data from its hospitals. Statistics from the following link may be used and cited.
NEDOCS Statistics 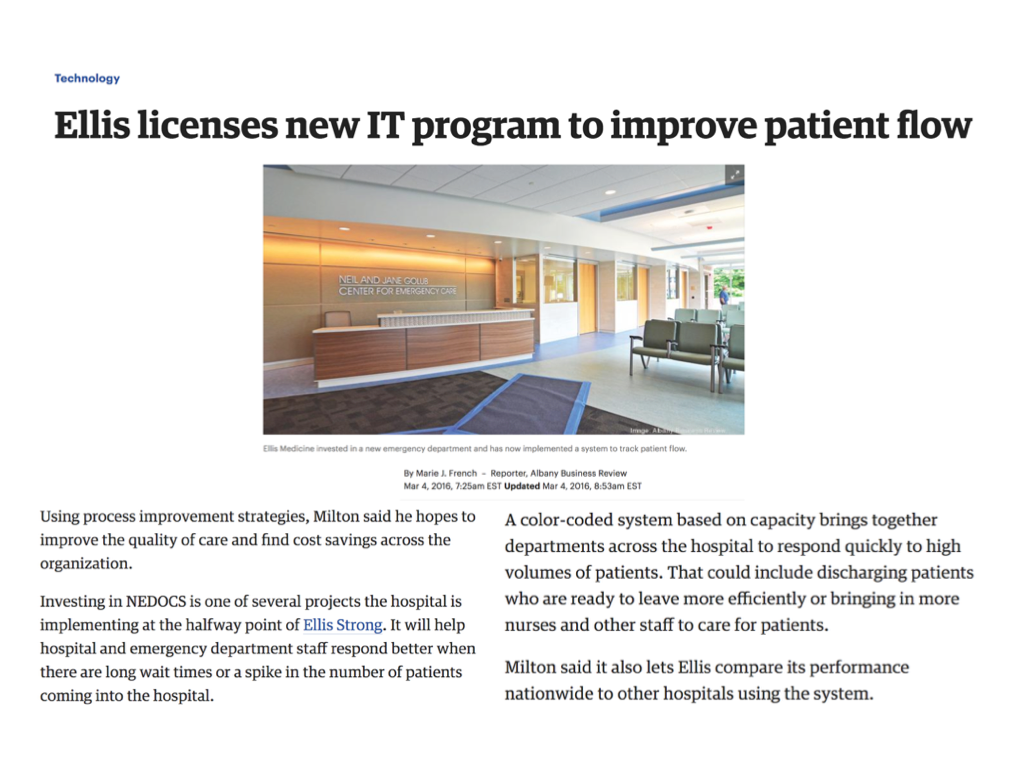 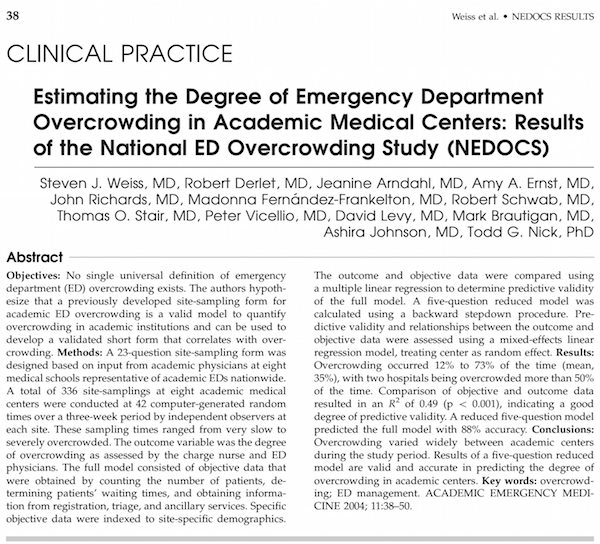 NEDOCS has been used by hospitals of various types since then.

The following icons and media may be used in reference to NEDOCS.org.